IMDb: 5.4 2015 98 min 176 views
Mona and Don’s seemingly perfect suburban bliss is disrupted by a sexy extortionist and Mona will stop at nothing, including killing the ...
ComedyDrama

IMDb: 7.2 2014 22 min 226 views
During a post-Christmas play date, the gang find themselves in uncharted territory when the coolest set of action figures ever turn out to be ...
AdventureAnimationComedyFamilyFantasyTV Movie

IMDb: 8.2 2013 75 min 223 views
When time travel allows a past wrong to be righted for The Flash and his family, the ripples of the event prove disastrous as a fractured, ...
ActionAdventureAnimationFantasyScience Fiction

IMDb: 7.1 2012 93 min 214 views
Brave is set in the mystical Scottish Highlands, where Mérida is the princess of a kingdom ruled by King Fergus and Queen Elinor. An unruly ...
ActionAdventureAnimationComedyFamilyFantasy

IMDb: 6.2 2010 118 min 190 views
In a world with no guns, a mysterious drifter, a bartender and a young samurai plot revenge against a ruthless leader and his army of thugs, ...
ActionDramaThriller

IMDb: 8.2 2005 259 views
A down-to-earth account of the lives of both illustrious and ordinary Romans set in the last days of the Roman Republic.
Action & AdventureDrama 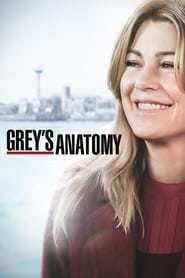 IMDb: 6.3 2005 861 views
Follows the personal and professional lives of a group of doctors at Seattle’s Grey Sloan Memorial Hospital.
Drama

IMDb: 8.2 1996 94 min 269 views
Mark Renton, deeply immersed in the Edinburgh drug scene, tries to clean up and get out, despite the allure of the drugs and influence of friends.
CrimeDrama